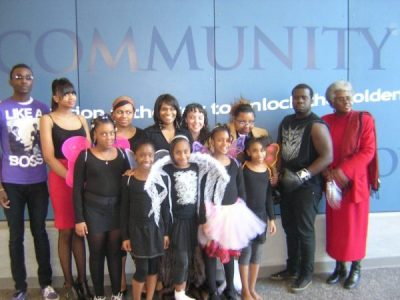 Small nonprofit life has always been challenging, especially for organizations of color, but this has been significantly compounded by a time in our history that shows plainly how far we are from our destination, from the fair and just communities we are fighting for. Nothing gives me more hope than spending time with leaders that continue to rise to the challenge, like the men and women of Guiding Academic Motivation for Excellence, or GAME. This year, GAME is a participant in NAC’s year-long cohort program, funded by the City of Seattle and the Sheng-Yen Lu Foundation, that provides individual coaching and a powerful learning community of peers to strengthen people-of-color led organizations in Seattle and Kent. I sat down this week to ask GAME’s Executive Director, Myron Leffall, about his work.

Myron, the son of a prominent preacher, was born in Seattle and raised in the Central Area, where he struggled in elementary school. By fourth grade he had been kicked out, and thought he “just wasn’t a learner.” Two things turned it around for him – a strong Black community in his church and neighborhood that looked out for him, and when returned to school, a teacher who believed in him and showed him that he had potential. Under her mentorship, he became an honor roll student who excelled at Garfield and went on to UW. Now, he runs a nonprofit that has spent the last 12 years providing mentoring and responsive youth development programming to young people around Southeast and Southwest Seattle.

“GAME seeks to help youth find their OWN motivation to be successful in life, by engaging the community to show them various pathways and opportunities,” Myron says. Though GAME focuses on academic motivation as key, they embrace that there are many paths, and youth will be much more engaged when they are empowered to define their own goals for themselves. GAME works where youth are already gathered – in schools and community centers – often by the request of local leaders. As an African-American organization with an all African-American Executive Team, GAME has the trust of the Black community, and the ability to connect with young people that other mainstream, larger nonprofits might consider “hard to reach.” Rooted in their own experiences as youth, the GAME Executive Team believes in “village mentoring,” where young people are surrounded by caring adults rather than matched up one-on-one with a volunteer. As Myron described his own experience growing up in the Central Area, he said: “Everybody knew us, so we had that village.” They are striving to recreate this village model for young people at South Lake High School and other sites across our city.

When asked what NAC has brought to their team this year, Myron described the helpful tools, links to new collaborators, and the push they needed to explore some areas long-neglected in the resource-poor and high-need environment that forces so many nonprofits to expend all their time on programming, leaving little capacity to strengthen infrastructure and continue evolving. But most of all – he spoke about the power of affirmation. “It’s helped to give some validation to our struggle, so that we realized we’re not alone.” It is powerful to know the challenges you face are shared by others, and to be asked to pause and reflect on your strengths and success. At NAC, we are deeply honored to support and learn from GAME’s team, along with the many other incredible organizations we serve.

“In the end we all need the same things. We need to be loved, appreciated, listened to, respected. When adults can learn to do that without preaching or talking down, then that’s something.”
– Myron Leffall, Executive Director of Guiding Academic Motivation for Excellence

Myron, I am once again your humble student.

View all posts by Aimie Kawai